The recent development of electric launch aids makes the operation of an ultralight glider much easier.

It is a kit of about 25Kg, including a rechargeable Lithium battery, a 10 to 12 KW engine, and a propeller.

The takeoff distance in less than 100 meters, the endurance allows to reach the first thermal, and may avoid landing out.

The pilot doesn’t depend any more from third part support (driver to bring back the car down from a mountain take off site, bungee or winch crew, tow pilot) 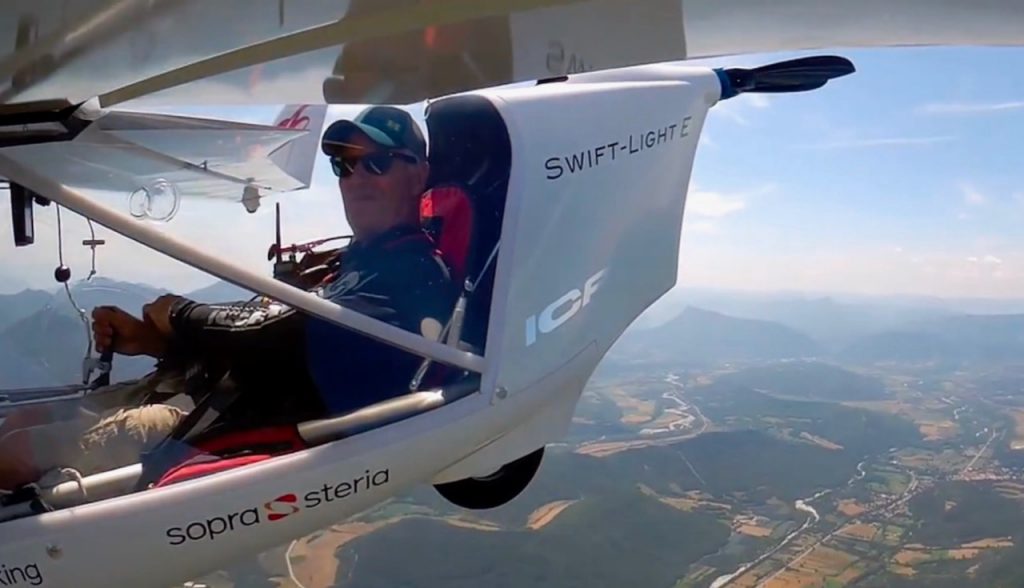 There are many advantages compared to auxiliary 2 or four strokes engines:
– perfectly streamlined, the kit doesn’t generate drag, the gliding performances are preserved
– high reliability,
– ON/OFF operation
– quieter
– very low vibration
– no fuel vapor or exhaust fumes in the cockpit
– no maintenance work
– no pollution.

The noise level is lower than any other motorized aircraft:

Unfortunately, in France and some european countries, an ultralight glider equipped with an electric launch aid is considered as a motorized aircraft, and the pilot must hold a pilot license, which does not prepare him at all to fly an ultralight glider.

In some countries, like Switzerland, Austria or the United States, an ultralight glider has the same status wether it takes off using an electric launch aid or not, and therefore the most part of the ultralight gliders production goes to these countries.

The European Hang gliding and Paragliding Union should act so as it becomes the same rule in all european countries, in order to allow the free travel of the pilots in Europe.

Here is why, when launched by an electric aid, a class 2 hang glider should administratively remain classified as a hang glider.