The 2022 world Championship is over

Planeur Ultra Léger > Communication > The 2022 world Championship is over 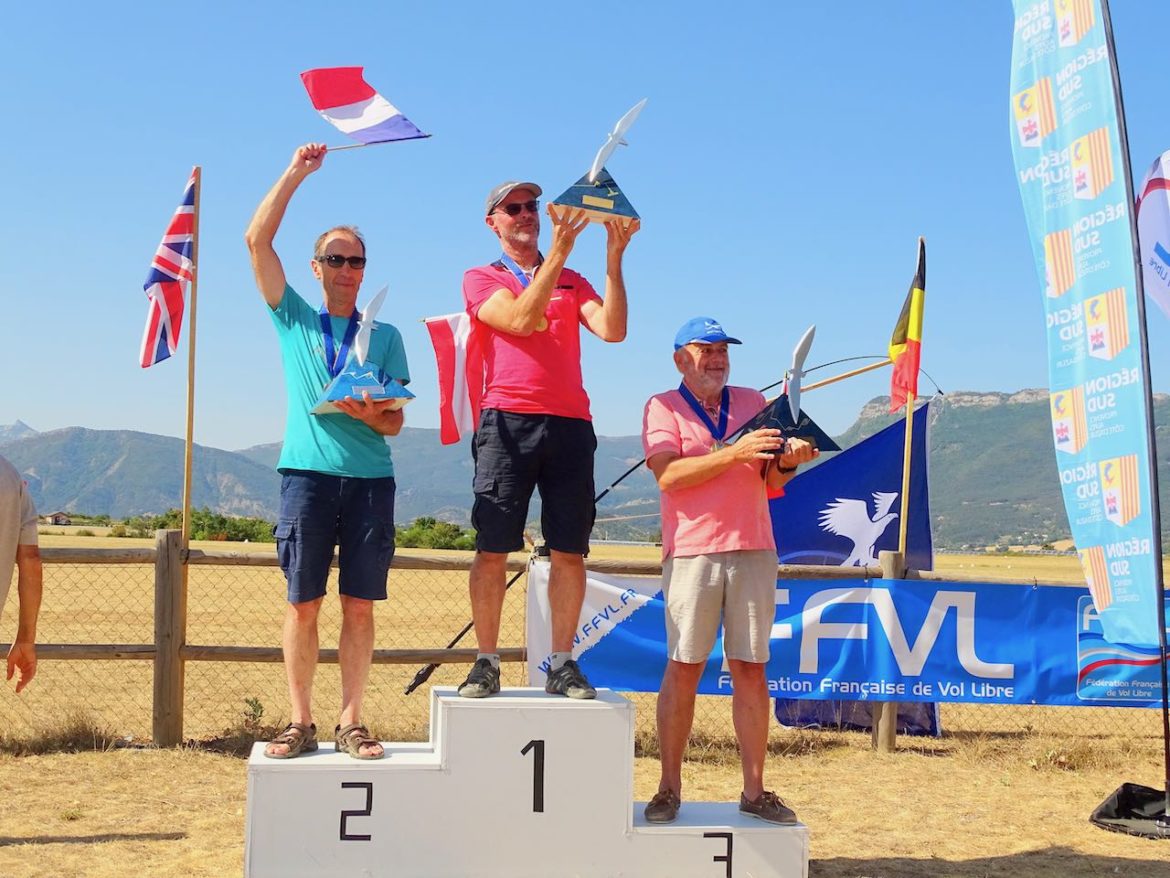 The same but different: The Podium is the same as the 2017 World Championship! But there was a big difference: gliders with electric motors, just for launching were approved to participate this time.
8 out of 12 pilots chose this mean of launching, which was much more efficient than aerotow launch. In addition, the rate of landing out for them was less than 2%, compared to the 16% rate for the 4 non motorized Swiftlights.

The monitoring of the use of the engine was checked by the scorer mainly by the tracklog produced by the LX navigation MOP-IGC recorder. For some Swiftlights their Geiger parameters recording system was used, although unfortunately the clock is not synchronized.

The LX MOP-IGC was found to meet the requirements, and will become standard.

The electric launched gliders are 25 to 30 kg heavier. Wing loading for them is nearly 16 kg/m2.
Wing loading for the non motorized Swiftlights is between 12 and 13 kg/m2; for them it was difficult to follow the heavier electric launched device equipped gliders, the gliding performance difference increasing with the speed. And the thermals being very strong, between 4 and 7 m/s, the gliding speed was in the 100 – 110 km/h range.
The non motorized Archaeopteryx is not competitive at speeds over 90 km/h, but now, with the extra weight of its batteries, engine and controller, it performs very well at high speed. So was also Patrick’s Swiftlight-e, thanks to his perfectly customized streamlined fuselage. At the second task he arrived second shortly after Manfred, who the next day added 15kg ballast to maintain an advantage over him. It was a hard time for the lighter pilots of the non motorized Swiftlights.

Here are the statistics of the competition:

Pilots equipped with the electric launch device could avoid landing out except one time.

Here are the results
Here you can replay the tasks
Here is the story, day by day

Notes:
– jac beats Franz on the general ranking by only 4 points / 6000!
– the growth of the number of participants, +33% compared with the 2017 World Championship, was realized only by pilots members of ADPUL, from  France and Luxembourg.