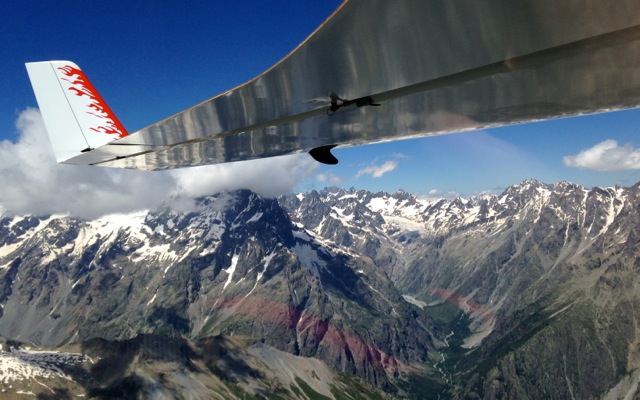 Weak North wind, but also weak blue thermals; cloud base in the Ecrin is expected high: it’s a day to go there  🙂

After crossing the Drac valley, the cumulus in the Ecrins were not looking so nice, with differents cloud base levels (not homogenous air mass); but all the pilots who entered the Ecrins were able to get the Agneaux turnpoint and coming back; then returning west of the Drac valley, the weak blue thermals had changed for spaced cyclical strong bubbles whose cumulus lasted not long.

7 out of 9 pilots made the goal, Roger Ruppert (CH) winning at an average speed of 50km/h, second is Manfred Ruhmer (A) at 10 minutes,
See the ranking in the “Compétition” menu