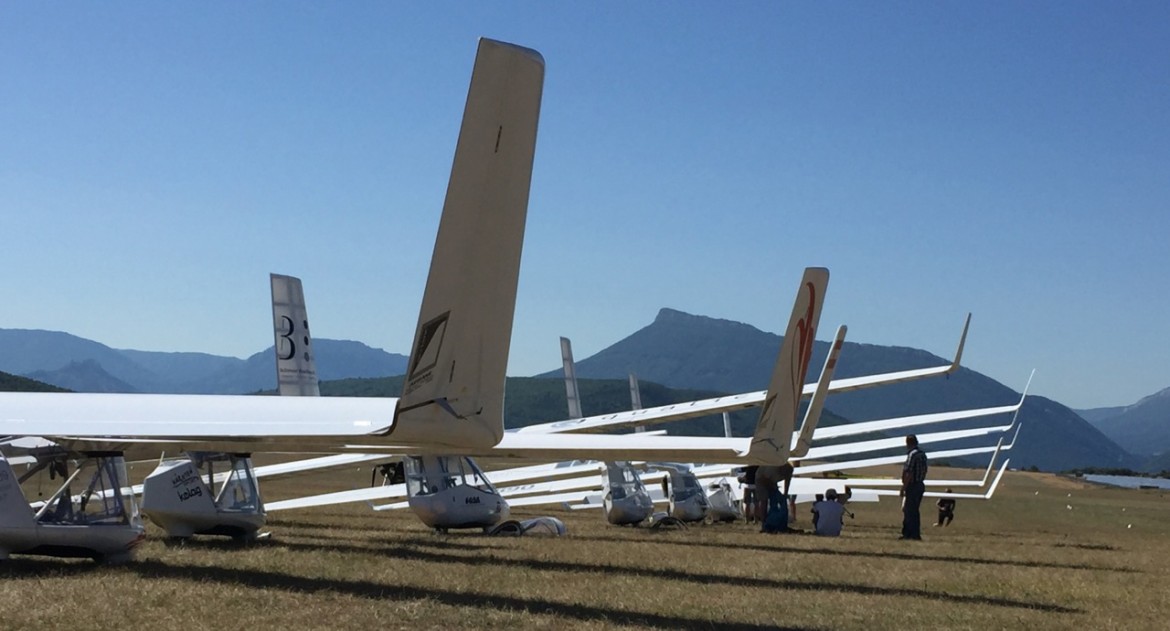 A good airmass, but a 30km/h North wind is expected to establish at 2pm, rising during the afternoon.

At the start, the thermals are weak and we lost one pilot who landed in Serres airfield, and another one who experienced a flight-instrument failure and returned to Aspres airfield.

Roger et Franz, who despite the relative low top of climb crossed strait from Chabre to the Crête de l’Ane, were leading at the first turnpoint, followed by Jacques, Philippe and Manfred who proceeded via the Plattes’ ridge where a thermal from the sun heated east faces was still active as it was early in the day.

The long Durance crossing was followed for many pilots by memorable low points; some of them “visited” Vaumeilh and the Bayon valley; but they all eventually went up again.

Manfred was fist at Chabanon, followed by Roger and Jacques at 1km each other.

Hopefully, there was a good thermal activity at the Crête des Selles as the NW wind was starting to establish.

Then, unhappy were those who didn’t start the final glide with a comfortable altitude margin, as in the last kilometers, they experienced the heavy sink generated by the 30km/h North wind on Logeagne’s ridge…

3 pilots were severely penalised for not reaching the goal cylinder above 200m agl, a special local rule set for this competition in order to separate the UL gliders from the other traffics in the approach and landing patterns from Aspres airfield.

7 out of 9 competitors made the gaol; Manfred Ruhmer (A/Swiftlight) winning at 48Km/h, 1′ ahead of  Jacques Bott (F/Swiftlight).

This heavily affected the general ranking: Roger went from 2nd to 4th, and Philippe from 4th to 5th.

It is not acceptable that ultralight gliders cross the airfield at low altitude; but regarding the flying conditions, it would perhaps have been be better to set the goal at Aujour, so as pilots could manage their arrival without speed constraint. It was a Pre-World, which means a test competition; lesson from that experience will be used to improve the local rules, for the projected 2017 World championship.

Full results are in the “competition menu”

And the winner is… 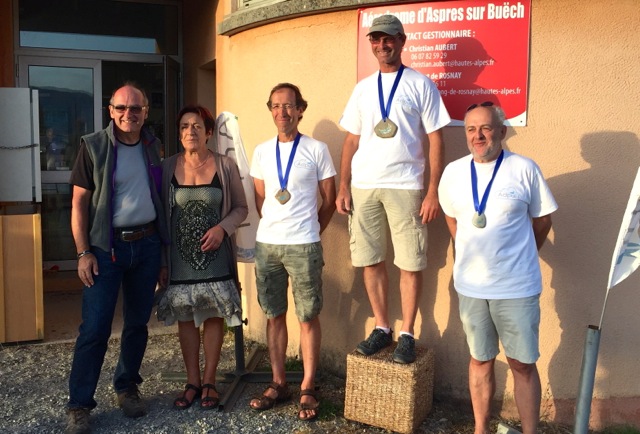