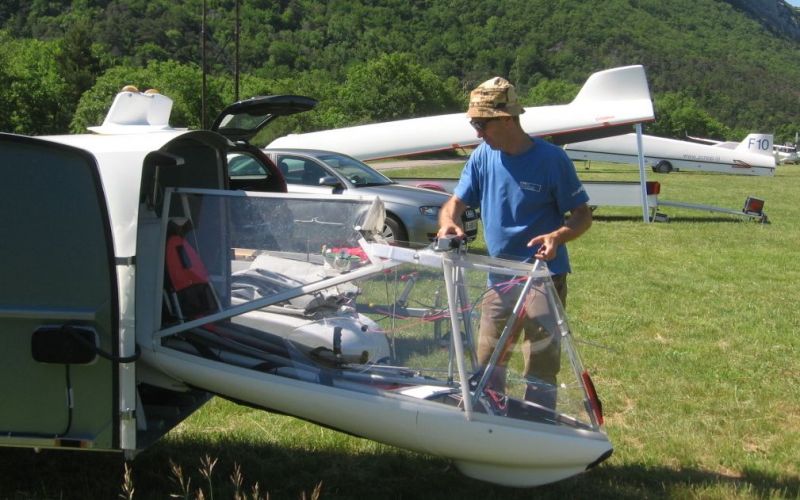 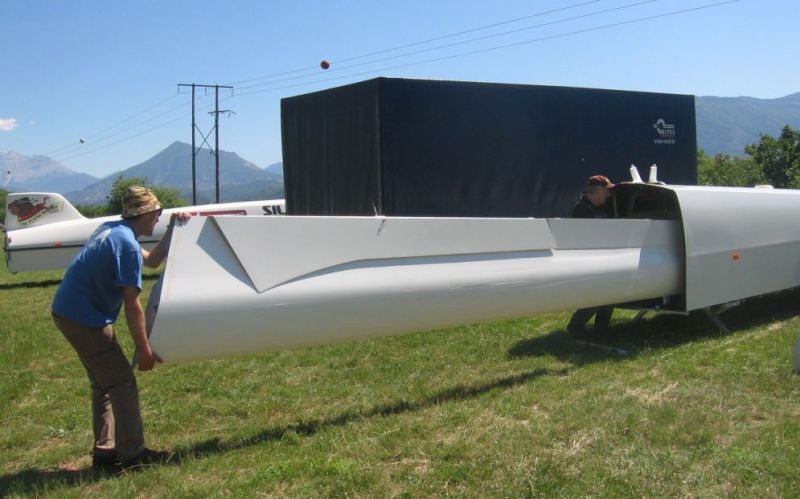 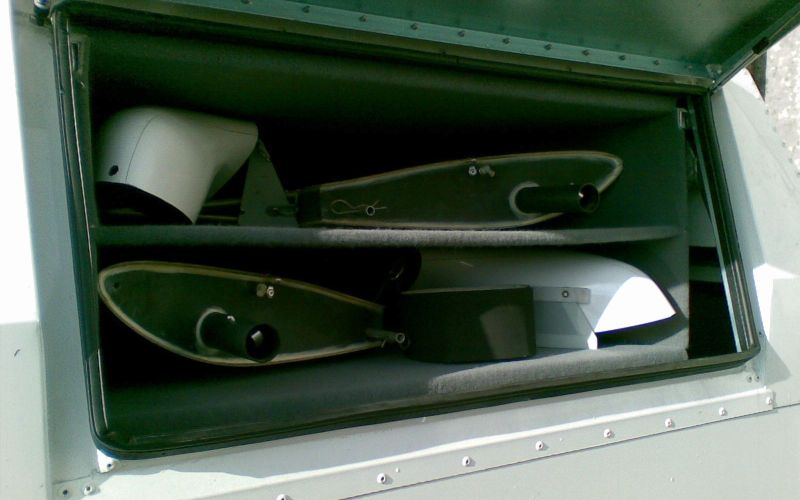 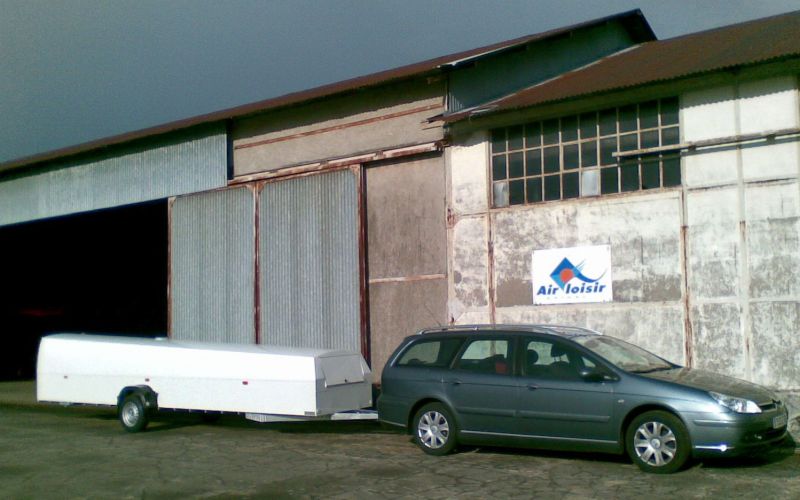 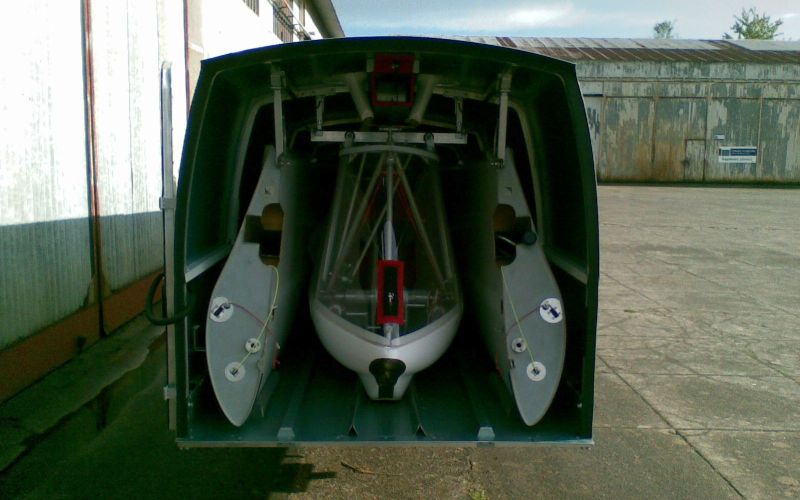 Some manufacturers are offering folding fuselage, to allow transport on or into a (very large) car; At first sight, this seems attractive for any would be customer. But that does not withstand the test of time:

– Who has four guys at his disposal  to load and unload the 100kg crate containing the wings of a Swiftlight on his car?
– How much time is needed to fasten it on the roof of the car so as not to lose it at the first corner?
– The racks and the roofs of the cars are usually guaranteed for a maximum load of 80Kg; would they resist to the inertial forces   of an almost 7 meters long and 100kg crate, when driving over a speed bumps?
– How many stops on the highway will be needed to fix the drumming of the vibrating straps on the walls of the crate?
– After how many assembly / disassembly will the Velcros, that fasten the fairings, be completely weared?
– How long will a Swiftlight pilot bear the time needed to set up the 5 windows, and set them down and put them in their bags?

A normal Swiftlight pilot will not bear that a long time: how much energy and stress spent, how much airtime lost ? already two hours for assembly and complete disassembly, not to mention the time spent loading and unloading the crate on the car’s roof … and the tarpaulin to be attach on the crate that is not waterproof, the rainy days …

The solution: The trailer.

Vzmax, Avionic & Cobra had built some, some pilots (who are really flying) built some themselves. The benefit of the ultralight glider is it needs only a lightweight trailer, of less than 500Kg gross weight, which in most countries allows to avoid many complications: no registration or approuval, no braking system required, no special driver licence, easy to move without the car.

And above all, we are no longer forced to fold the fuselage, we are ready to take off in record time, we don’t need a shed or a hangar … we can finally devote all our time and energy to FLYING🙂

The trailer is our mobile hangar.

Movie showing the set down of a Swiftlight, and storing it into it’s trailer (can be easily done by a single person):