17 pilots came during the relatively short periods of time when aerotowing was provided;  some of them from far away:
Australia, Ireland, Portugal, England, Germany, Belgium, Switzerland & France.

Were specially appreciated: easy flight operations due to the vicinity of the camping place and the airfield, the generous thermals, and the beautifull landscapes.

Most of the gliders were Swiftlights (10, of which 4 motorized), but we also were happy to have 3 Archeopterix flying with us.

102 aerotows were performed, considering the flight hours of the so launched ultralight gliders, and adding those of the motorized Swiftlights, the amount of cumulative airtime is around 500 hours.

And our flight operations were 100% safe

• A local trike pilot completed his aerotowing training course and is now fully operational.
• 3 Ultralight tow planes are also available from now as a backup.
So we will have a continuous and reliable aerotow availibility (not like in 2014 when we organized only 7 weeks of aerotowing)

For this reasons the flying activity should more than double…

The 2014 flying season in France and the neighbour countries was the worse than ever: July was the coldest since 1959 in France and in August Paris got 90% of the yearly rainfall amount. We couldn’t imagine worse conditions to start the ultralight glider activity in Aspres. In 2015 the weather  can only be better, so we really trust in much more flying 🙂 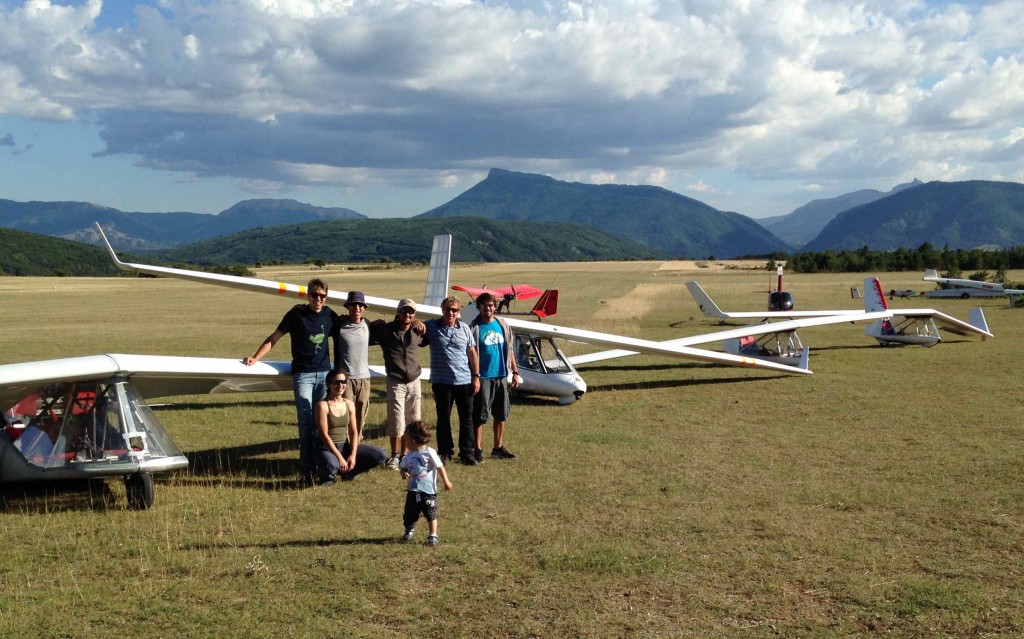